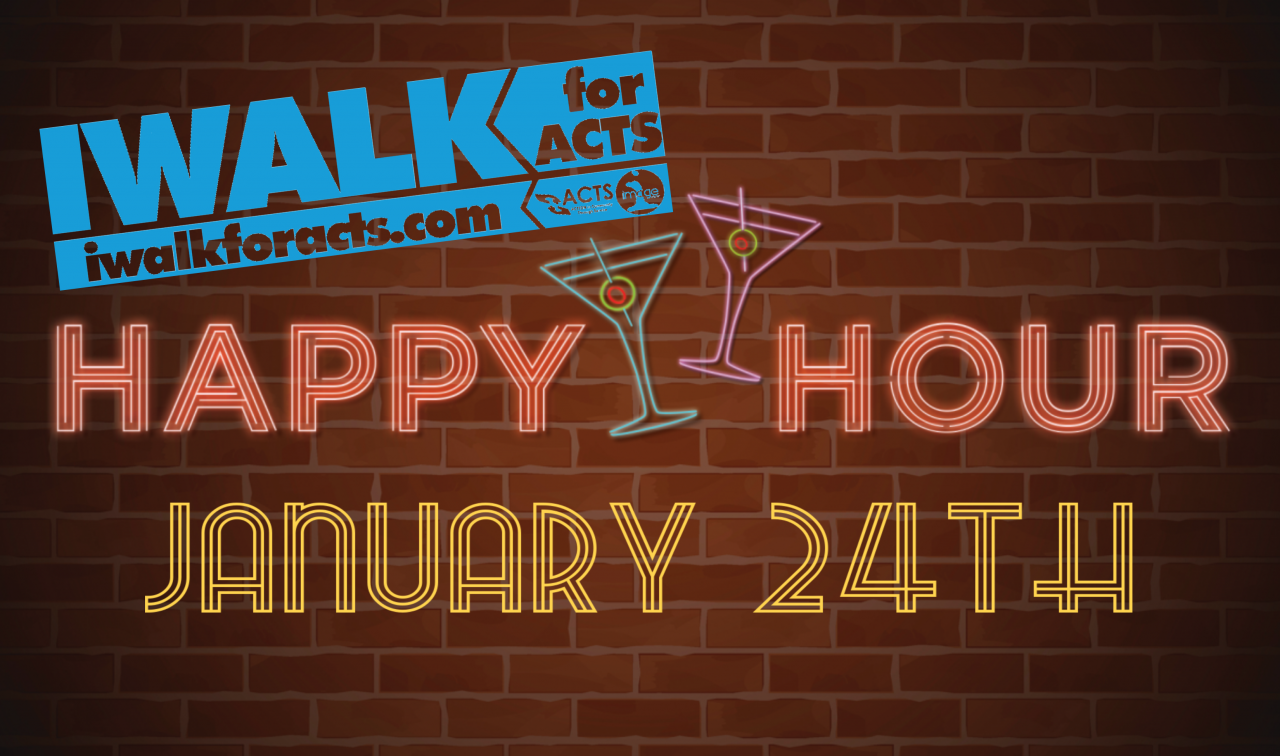 On January 24th, ACTS hosted its very first Happy Hour to honor those who served during 2017's IWALK 5k and family festival. Among the guests were members of Image Church, IWALK's largest sponsor, as well as representatives from different companies and organizations around Prince William County who made IWALK a success last year. CEO Steven Liga toasted Wegman's, Stonebridge at Potomac Town Center, ACTS staff and volunteers, Kate Shifflett and Board Member Beth Seidler among many others for their time and efforts in bringing in almost $90,000 in much-needed funding to all of ACTS programs. Lula Kelly, Director of Housing for ACTS, commented, "It was a quaint event and [ACTS' staff] was able to share more about the programs we have to our sponsors. When you're around the people from Image Church, you get the sense that these people do good things from their soul, and it's very real."

IWALK is ACTS' only annual fundraiser and every year seems to be bigger and better than the last. If running or walking for a cause that is invaluable to your community interests you, we hope to see you there this year. Corporate and team sponsorships for the 2018 IWALK will soon be underway, so please make sure to keep checking back at IWALK's official website: www.iwalkforacts.com . We'll see you at the finish line in October!  If you would like to see the local companies who helped make a difference last year, a full list can be found here.